The Hell and Glory that is Raising Little Humanoids

I feel like I’m literally picking up crap off the floor all day long…like that’s all I do. I also live in the kitchen. I don’t know what I’m doing but I’m either in the kitchen or destroying my back picking up crazy amount of toys, books and food off the floor…and the juice. The floor is always in a  constant state of stickiness, gooiness and grossness.

Daddy dude says don’t bother cleaning up after the boys until the end of the day but I’m not built that way. I can’t just step over their mess and pretend it’s not there. Of course after I put everything back, the place is destroyed again within minutes. Luckily the boys are beginning to clean up after themselves cause I demand it…so it’s getting easier for sure.

And I’m constantly screaming, like a drill sergeant. I go from a super delightful,  “Babe, that’s not very nice, would you please stop sticking your finger in your brothers ear?” to defcom 5 straight up gangsta “Get your freakin finger out of your brothers ear NOW!!”

It’s like a full re-enactment of Full Metal Jacket except the screamer is a little Asian girl. I ain’t gonna lie, I have mastered the look that makes my kids scream “Run!!!”

They are FINALLY starting to learn their limits and my limits and that’s a beautiful, beauuuuuutiful thing. 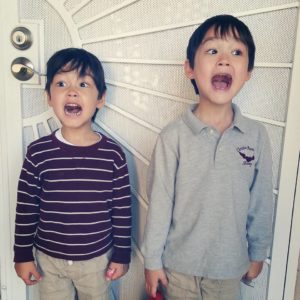 Right when Mike and I think we’ve got the whole parenthood thing under control, things shift. As the boys get older with each passing year, there are new obstacles and trials to go work through so needless to say, it’s a roller coaster of learning, understanding, fighting and finally accepting. Tis life. For EVERYONE.

And don’t even get me started on the drama that is the morning routine. The boys give Oscar performances, I tell ya. All of a sudden they don’t know how to put on their clothes, or shoes. They complain about the yummy breakfast that is provided for them and getting out of the house in a timely manner is always a mad dash.

And the verbal sparring. For the love of God, the fighting!! The constant wrestling and bickering between the two little poopoocacaheads is enough to drive you completely mad. So I’m constantly playing the role of referee too but sometimes I ignore the craziness and just let them scream, cry and fight it out. 99% of the time, they end up laughing through their red tear stained faces and playing together like world war 3 hadn’t just occurred. People think only women have PMS…NOT TRUE. Kids are in a constant state of PMS. 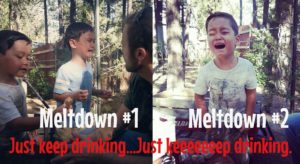 And lets not forget the delightful disagreements between mom and dad because of the cute little hellish angels. There’s nothing like screaming kids to bring out the ugliness between parents who are also tired, weary and in need of a good nights sleep and a vacay. But you get through it because at the end of the day, life doesn’t work without the other and you realize if you’re gonna fight, it might as well be with eachother.

But I do feel comfort in knowing that I am not alone…there are many of us living in this madness that is parenthood. Hating it. Loving it. Doing it. Surviving it.

Moms and dads are completely different…instead of trying to figure eachother out and nitpicking the established roles, we should just try and figure out how to work together. That makes more sense, right? Well, you need this to make that happen: 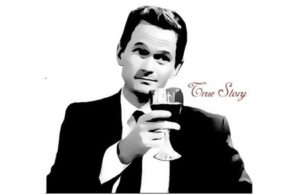 But the irony of it all is that at the end of the day, I’m thankful for the mess, for the back pain and for the craziness that is my life.

Because God doesn’t give us anything we can’t handle. TRUE STORY.

You are NOT alone. WE are not alone.

There’s no such thing as an everyone is happy all the time scenario.

Get a beer/wine fridge. It helps.

Here’s mine. So shiny and purty.