The Soap Opera that is the Oscars

I’m not understanding this whole controversy about the Oscars…I thought it was about choosing what the Academy thought were the best performances, movie, etc. I look at the pics of all the actors and actresses nominated and I trust that they are the best of the best. I seriously doubt the academy at voting time got together and said, “Let’s not pick anyone who isn’t white…let’s ONLY nominate white people, you hear me? No African americans, no Latinos, no Asians…etc…ONLY. WHITE. PEOPLE.”

I had no idea that there was a rule that said you have to pick people based on the color of their skin as well to make it “fair”…if that’s true, then Asians have been royally screwed the most for years!!! Why you no love us long time, we want our Oscars dammit!! 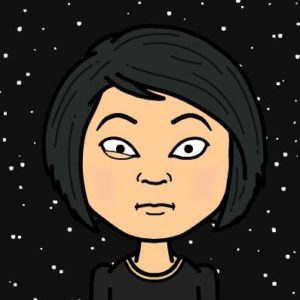 What are they gonna say now? Put in the rules of affirmative action at the Oscars? Come on people! Can you imagine?

The members of the academy pick their faves, then they alllll get together, lay out all the pics of the nominees and then say “Okay, remember folks, you can pick only 2 African Americans, 2 caucasians, 2 Latinos and 1 middle Eastern for each category.” Will that make it allllllllllll fair and happy? NOPE.

Some are calling the Oscars racist and that’s so ridiculous…look at the recent past winners…they are NOT white and they were voted solely based on how fantastic they were in whatever category they won for and I agree cause I actually saw those movies and all the winners were fantabulous!! So I’d hate to think they won because of the color of their skin…now that would not be fair.

What’s sad also, is that the nominees this year who I heard were absolutely fantastic in their roles aren’t getting the attention they normally would and deserve and that really sucks…and some are asking for a boycott of this years Oscars because the nominated are all white. I think that’s all kinds of wrong, no?

I’m sorry but when I watch movies, I don’t make judgements about the quality of the movie based on what the actors ethnicity is and love and hate their characters for it, I see people who either really suck at acting or are really good at it and those who deserve a nomination and those who don’t…just clearly by their acting skillzoids. Not by their beauty or looks…strictly by how well they embodied the characters they were hired to play.

If we are really trying to move forward as a society that doesn’t give a crap about the color of someone’s skin…then this is not the way to do it.

You know who else I feel super bad for? Chris Rock. He’s supposed to be hosting the Oscars this year and there are those who are telling him he needs to say no and step down. What a horrible situation he is caught in for so many reasons.

Boycotting the Oscars this year is not the answer…but we def need to keep the dialogue open about this.

“I look to a day when people will not be judged by the color of their skin, but by the content of their character.” – MLK

I love love and I love to love love. I love everyone dammit. Well, except for the major poopoocacaheads…I don’t like them.

So there you have it! My 2 cents on this whole “soap opera” that is The Academy Awards 2016.

So don’t be a poopoocacahead and be all mad at me because of my thoughts on this…and if you are? You missed the point I was trying to make entirely.