I know I speak for a lot of us when I say that no matter how good our week has been,  what happened in Manchester is still lingering heavily in our thoughts.

“Concertgoer Henry Whittington also saw people frantically searching for their loved ones. “We were running away from the arena, but there were people running towards it, mostly women and men who looked like parents,” he tells PEOPLE.”

Once you become a parent…there is an unspoken bond…a thread that connects us all…and when something so monstrous happens to anyone’s child…in that very moment, a part of us breaks too.

They’ve identifed the 22 who perished and their families have been notified.
Looking at their pictures, I see…
A lot of kids who were out just having a good time probably eager to tell their friends about the concert.
A lot of parents who were waiting to pick up their kids and looking forward to hearing about their fun concert.
A lot of couples who were just out on a fun date to listen to good music and enjoying what it’s like to be in hard like or in love.
A lot of girls who won’t grow up to know how empowering it is to be a woman.
My heart hurts. I know yours does too.
This world is so unsteady right now and while I have hope for good to prevail…I am terrified as a mother.
It was recently found out, that Salman Abedi, used his taxpayer-funded student loans to learn how to build bombs and also attented a training camp in Libya to learn how to build the very bombs that killed innocent children and adults.  He had the opportunity to get a great education and use the money he received towards becoming a productive member of society, instead, he used it to kill.
There is relief in knowing that my boys are still so young and unaware of atrocities like this…but I know that won’t last for long. I know that little by little they will see the world in a completely different way…that the real world is full of pain and hurt and things we just can’t explain…but for now…just for a little while longer, I get to shield them from tragedies like this and keep them thinking that the world is full of good things and good people and that sadness only plays a small role in the madness of it all.
As a mother, I am so incredibly heartbroken…as a citizen of this world…I am enraged.
Now more than ever, I appreciate the kids who are wild and know how to have fun, ask silly questions, have pure thoughts only they can, and see life through vivid imaginations. Life goes by so fast and it’s only in childhood really, that humans can behave in such a way and dream as big as they want to and truly believe the impossible to be possible and attainable.
So in this time of grief, it’s our chance to really see our children and appreciate everything about them and truly feel the meaning and know the worth of what a gift it is to be alive, healthy and parents to amazing little kids.
“When I was a boy and I would see scary things in the news, my mother would say to me, “Look for the helpers. You will always find people who are helping.” – Fred Rogers
To donate, please go to this link: http://heavy.com/news/2017/05/how-to-help-manchester-bombing-victims-gofundme-charities-justgiving-ariana-grande-concert-donate/
http://www.mirror.co.uk/news/uk-news/who-manchester-bombing-attack-victims-10482821 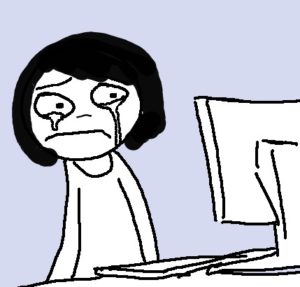