One of the main things I worried about when I found out I was pregnant with Matty was “How am I going to possibly love this kid as much as I love Josh?” Because my love for Josh was profound…I loved him even before I met him and I felt my heart burst like I never thought possible when I laid my eyes on him for the first time.

But I didn’t have to worry. I felt the exact same profound love for Matty when he was born. He looked so different too…he was his very own little man and I knew that life would never be the same. 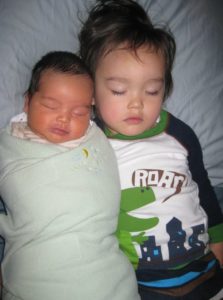 As they grew a little older, my next concern was, “Will I be able to love the boys equally even when one of them is crazier, gets better grades, or behaves better than the other?” I mean, how could it be possible to love two kids the same when they are so incredibly different? I even asked my mother and this is what she said:

“You just do…you can’t help it…despite the chaos that one may cause more than the other…you still find yourself loving both kids, just the same. There’s no question about it…your heart loves despite it all.”

And she was right…

I didn’t have to worry…even when one is doing things that makes my hair turn gray a little faster, I still adore them, just the same. 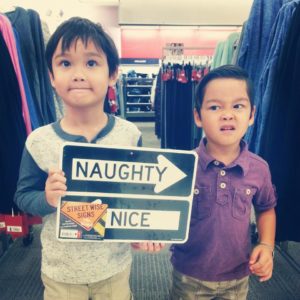 Often times, I worry about my Matty because he is my strong willed stubborn defiant child. But while he may seem like a crazy kid to those who do not really know him, he is one of the most selfless and kind little humans you’ll ever meet.

That one time this happened cause you can’t help but wanna join in on his shenanigans:

Kathy: Why would you stick a chexmix up your brothers nose?
Matty: I don’t know…I just wanted to see if it fit.
Josh: Then put it up your own nose, why do you have to always be such a pest!
Matty: I have big nose holes, you have little ones, I was just experimenting, Josh!
Josh: You’re going to be 6 this year, Matthew…when are you going to start acting like a big boy.
Matty: Probably around 8…I think that’s when I’m going to be normal and not such a pest.
Josh: I really hope so cause you’re too crazy.
Matty: Mom, can I stick a chexmix up your nose? 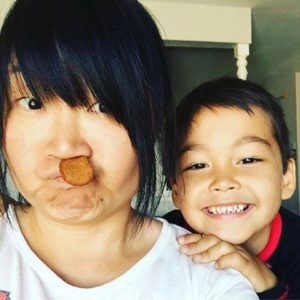 He is also the protector…the one who tries to save you when you are about to fall…the first one to be by your side when you hit the ground, and the first one to go in search for the first aid kit when he sees that you may be hurt. He’ll come back and he will blow on your owie with his cute little pout to try and soften the pain. Last but not least, he will then proceed to carefully rip open about 5 bandaids and put them on your scraped but not bleeding injury one by one….and you let him. Why? Because his undivided attention and his willingness and want to take care of you is the cutest and funniest thing ever. From start to finish, he treats you with such love, tenderness and care that you don’t care at all that he just wasted almost a whole box of Super hero bandaids trying to make you feel safe and better. 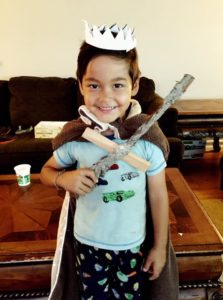 No, I don’t worry about my Matty…he’ll be just fine. 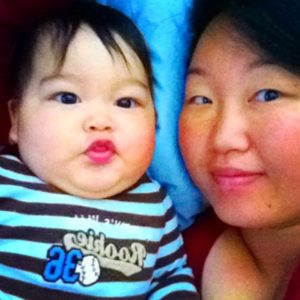