I’m Not Crying, My Eyeballs are Sweating

This morning on the way to school, Matty said to me “Mom, I don’t ever want to see that movie again…I felt so sad that I couldn’t sleep so I’m super tired today…but still handsome because of my super duper cool haircut…” 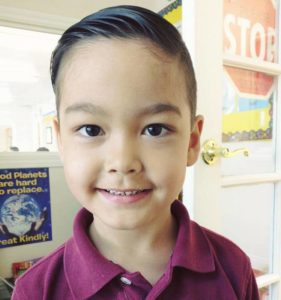 Mike had to work late last night so the boys and I decided to have a movie night.

We chose a movie we had never seen before, The Good Dinosaur.  Josh is known for asking questions throughout a whoooooooole dang movie but he didn’t say a word. Not a peep. The boys sat quietly and were intrigued. Which was surprising considering they don’t usually like animated movies and tend to only like the ones with real people in it. I was totally into it too. Towards the end of the movie during a very moving pivotal scene, Matty, who was sitting right next to me started rubbing his eyes and turning his body so he was facing away from me. He was sniffling too.

He kept on rubbing his eyes and when I tried to put my arm around him, he got up and went to the other couch.

Josh: Are you crying because the dinosaur won’t let him go with him?
Matty: Be quiet Josh! My eyeballs are sweating, that is all!

His little chin started quivering and he kept on rolling his eyes like he wanted to stop the tears from falling.

Kathy: It’s okay to be sad Matty. There is nothing wrong with crying if something makes you sad.

Matty: I super try not to cry but I can’t help it, this movie is super sad and it’s for kids. The people who draw this movie are super mean for letting me cry. Let’s write them a letter. Say, “Dear super mean man you make Matthew Caleb Kobzeff cry and that’s super mean. Go to time out!”

We have seen a lot of movies together but this was the first time Matty’s ever been this emotional watching one. I went through this with Josh when we watched How to Train a Dragon 2 a few years back. He wouldn’t leave his dad’s side for days after that movie.

Seems like age 5 is when kids really start to feel all the feels when watching movies. They are just beginning to understand the inevitable sadness that comes with being human.

The Good Dinosaur was really sweet and pretty dang heartbreaking but I got all teary eyed not from the movie but from watching Matty go through the motions of sadness and struggling to keep his emotions intact. It was hard to witness but at the same time, super sweet to watch my little boy feel so much for characters who were hurting. The concept of love and loss was hit him hard. It made me proud because behind the all boy rough and tumble exterior, he’s a sweet sensitive boy with a big heart…for his friends and famiy.

It was a great teaching moment too. So many boys are taught from a very young age that they are to be strong and tough in mind and body at all times. It’s not manly to be overcome with emotion and outwardly show it. Whoever started that rumor is an idiot who owes society an apology because it’s caused a lot of problems in all kinds of relationships and in the workplace. Whenever I hear guys say the only men who cry are either gay or weak or that women cry with the sole purpose to manipulate them, I hope and pray they don’t procreate because it’s people like this who contribute in damaging people and relationships. That kind of backasswards thinking limits people from truly being themselves and prevents them from going through whatever motions their body and minds need to exist comfortably and happily.

I told the boys there is nothing wrong with crying or showing any kind of emotion from sadness or happiness whether it be while watching a movie or anything that happens in real life. That the need and want to cry is completely normal, should never be shamed for it no matter their, size, age or gender.

And by any chance, if/ when (Cause you know there’s always gonna be that macho man or the woman who wants to raise the macho emotionless man) someone tells them any different or to shut up and man up? I told the boys to stay silent  & direct those people to me, their sweet little mama…

I did some research this morning and came across a great website called Kids-In-Mind.  The site breaks it down for you so you know what to expect in a movie & if your kids should watch it. How rad is that? 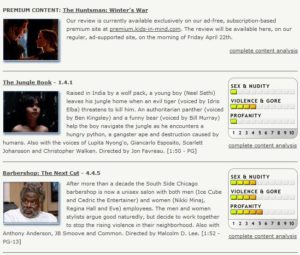 Thanks for reading and love you long time, 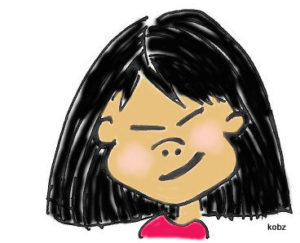