Losing Weight and Dealing with the Haters

For Josh’s 4th Birthday, we had a party at the house and rented a bouncehouse. The boys wanted me to jump with them so I did and I thought I was going to die. Like literally die after bouncing around for a minute. ONE WHOLE MINUTE. That’s how out of shape I was. Then my friend posted a picture he took of me in the bouncehouse on facebook and tagged me.

I untagged myself immediately & told him to take it down.

Dude, I looked horrible. I had let myself gooooo. But worse than that, I felt horrible and I couldn’t keep up with my energetic boys and I was done being so unhappy in my own skin. My body was also the aftermath of having two big babies with a 6’3 Russian dude and eating Burritos at Chipotle like my life depended on it. Did I mention that I’m only 4’11?  Josh was 9 lbs 7 ounces and Matty was 8 pounds. 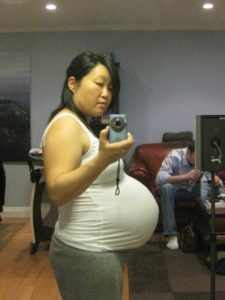 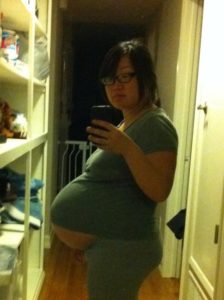 Mike never complained about my weight once (I am so grateful for that!) but I wanted to look good for him too. There were way too many reasons to make a change. So that night, I told my husband that I was done being overweight and that I was ready to work my ass off and get healthy.  I knew it wasn’t going to be easy but I was so ready.

The next step for me, was getting a gym membership. I knew that if I commited myself to a gym that wasn’t cheap, I was more likely to stick to it.  I was excited to improve the state of my mind and my body but following close behind was a strong case of anxiety and the looming fear of being looked upon in a unfavorable way.

Cause let’s face it. This society is pretty dang evil. Especially to those who are fat, overweight and chubby. They have scantily clad women selling hamburgers for God’s sake. It’s ridiculous and people eat that crap up. It’s downright embarrassing. Sex appeal sells and fat for the most part isn’t considered sexy.

People are so quick to look at an overweight person and say “all they need to do is join a gym and workout, that’s all…it’s that simple.”

But what people don’t understand is that it’s so much more than that. The fears of mocking, rude comments and lingering unwelcome looks kicks in because it does happen and more often than not it WILL happen because we still live amongst cacapoopooheads. Add ridicule via facebook into the mix and it becomes an even uglier thing. Doesn’t matter If you don’t identify the person you’re mocking by name because when you spew hate for someone who is courageously working their ass off and post a pic of them onto your Facebook as a joke, you’re not only making fun of that person but all of the people who can identify with that person. You don’t look cool or funny, you look like a butthole.

What people don’t know is that just walking into the gym is a big deal for those who need to lose a great deal of weight. Cause you’re leaving yourself wide open and vulnerable to everything society has taught people in the ways and judgement of the fat and fluffy.

I’m 4’11 and I started my weightloss journey at 145-150 pounds. It took me a while just to choose workout outfits that made me feel comfortable. Not the cute kind that fit girls wear but the kind that is loose enough not to show too much of the giant gut, butt and arms.  To be totally honest, when I started working out, I was uncomfortable walking around my gym working out alongside women who looked amazingly fit and healthy. They were looked upon admiringly by the dudes in the gym, the dudes didn’t even acknowledge me, but some of the women sure did. They gave me the”body check” once over.  Ya know, where they slowly look at you from head to toe and assess your squishy body with an obvious look of “Ewww.”

I think a lot of people don’t even make it past that 1st stage of just continuously showing up to the gym. Because that kind of reception makes them feel so uncomfortable and adds on to the self esteem issues that already exist. Plus, most people who start the losing weight process end up quitting before any noticeable changes because they don’t see results fast enough. So they give up and don’t return to the gym and let their memberships go to waste.

I worked my butt off and lost close to 30 pounds. Instead of the baggy shirt and pants, I started wearing fitted workout clothes I never thought I would have the balls to ever wear, no less WOULD ever wear. My workout routine hasn’t changed since I lost the weight because I’m now working on getting my body strong and toned and let me tell you, it’s been night and day in the way people look at me and assess me now at the gym and everywhere I go, especially women.  But I’m still the same dorky me. If anything, it’s made me a kinder person I’d like to think. I see women at the gym who look the way I did in the beginning and I can’t help but to smile because I know that if they just stick to it, they CAN DO IT. I know that the look of misery they have now will slowly disappear and they’ll find themselves proud of their progress and change. 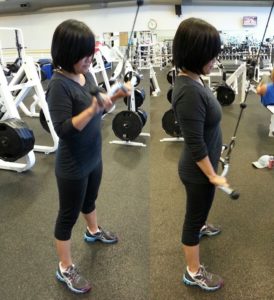 So when I hear stories of people posting pics of overweight people they see at their gym and mocking them on their facebook, it pisses me off to no end because at one point, I was that person in that picture.

You have no idea how much guts it took to make that first step in trying to better the quality of my life. You have no idea how much courage it took me on a daily basis to blur out all the cruelty I know people were thinking while I was sweating and running alongside you. You do not know how painful it was for me to move a body that hasn’t exercised in years. YOU HAVE NO IDEA.

All I know is that I showed up 3-4 times a week despite it all.
I was trying.
I was working my ass off.
Despite the ugliness around me, despite the want to quit, I kept charging on. Sweating, swearing, grunting, pushing myself harder and harder.

And I did it. I set a goal and reached it because I showed up and blocked out everyone around me.

Now when I see people who are starting out on their weightloss journey just like I did, I don’t see a fat person that society thinks is gross and unattractive.

I SEE A TOTAL BADASS who is screaming on the inside “Say what you will about me, ridicule me,  post pictures of my fat ass and caption it with hateful words but know this, what you’re doing doesn’t say anything about me…it speaks volumes about the kind of person YOU are.”

That is how powerful the mind is.

So while it’s great that you think you’re so amazing for getting into shape 3 weeks after having a baby, that doesn’t give you the right for a free for all bashing of women who are “omigod, 3 times my size, gross!”

What’s gross is your state of mind and way of thinking. It’s incredibly sad. Those who mock alongside you are no better.

Life is too short to go through it stepping on others to make yourself feel good. It doesn’t even make any sense. That kind of behavior maybe worked in High school but when you’re in your 30’s and have kids of your own, you should know better.

So for those who mock others who are overweight or out of shape, please stop. There is no need for that. That kind of cruelty is unnecessary and unwelcome.

We should be lifting eachother up, not stepping all over eachother. And for what? A good laugh? That’s just plain wrong.

And for those who are where I was at in the beginning of my journey, chin up and just show up.  Don’t assume that losing the weight is easy. It’s not. But if you continuously make time to move your body, you will see results. Not only physically but mentally. I promise you that.

As for me, people always say to me “Wow, you lost weight and got into shape fast!”

Doesn’t feel that way to me. I’m 4’11 so whatever weight I gain, even if it’s 5 pounds is very noticeable on me. Losing weight, toning up and maintaining it takes a lot of work for any body size. I worked extremely hard, been consistent about my workouts and never gave up. This journey was not easy…it still isn’t easy but let me tell you…It’s been one of the most rewarding experiences of my life. I move faster, I am healthier, I have more energy and I’m stronger than ever. It’s great to look good in clothes but nothing matches the feel and look of a toned body.

Physically and mentally. It’s something I did for myself that benefits my husband and kids as well. I say that’s a win win.

Those are all incredibly ridiculous unacceptable excuses…If that was all true, I’d still be miserable, overweight, feeling unhappy in my own skin and struggling to keep up with the boys.

Be better than that.

The changes continue…And it’s exciting. My mind hasn’t caught up with my new body yet. I still go straight to the size 10-12 section at every clothing store I go to. Even though it’s been a couple of years since I’ve maintained a size small frame, the only time I believe I look different is when I look at pictures of myself…and I still trip out. I am incredibly proud to continue on this getting healthy journey and to help those who want to do the same. People tell me I inspire them to get into shape themselves and that makes me so incredibly happy.

So if you’re unhappy with yourself and really ready to lose the weight, JUST DO IT. I will be your biggest cheerleader. Nothing happens overnight. It’s a slow painful process but once you start dropping the weight and feeling stronger and stronger…your willingness to keep going kicks in and it does get easier…doesn’t mean you’re always going to be excited to work out all the time….just means your body knows what it needs to maintain the results of hard work, dedication and diligence.

Shake away all your fears, ignore the haters, move your ass and sweat fiercly, grunt loudly and know that you can do ANYTHING.

You are a fierce creature of God that can do anything.

You are Wonder Woman. You are Superman.

I’m a vertically challenged Wonder Woman who can now keep up with her crazy rowdy active boys. How rad is that! 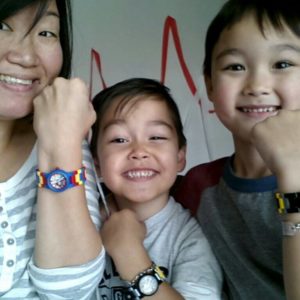 and let’s not forget… 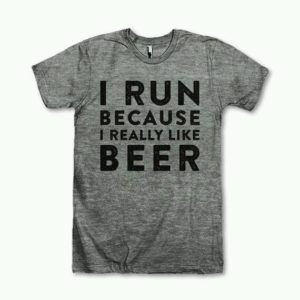 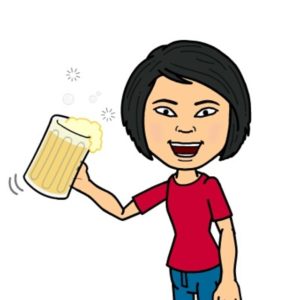